Hatred Beyond the Sill

.
Morning Glories bloom beyond the sill.
And ivy wraps the quince tree still.
On a beautiful dew-drop day.

The majestic fir just beyond reach,
harboring echoes of a crow’s screach.
All in an easy morning way.

Mother’s clothes-line bare,
dropping dew just there,
and the dandelions stare – into the sky.

A forbidden road beyond the drive,
Still not able to cross alive,
holding my sister’s hand

Another world, a different place
different trees and flowers of lace
In a lovely, unknown land.

If Heaven be
Please let me see
the simple plan of this simple man.

For in my sky
when I die
I hope to be
On the Morning Glory side.

One death is a tragedy; one million is a statistic.
Joseph Stalin

A psych professor in college once told me that there is no such thing as abnormal behavior, that there is only abnormal perception.  I think that’s true.

A poet that I follow regularly (Mark Kerstetter) recently wrote some poems in what might be termed the “style” of Emily Dickinson (though scholars have debated voraciously for centuries about whether she had any or many style(s).)   I’ve noticed that many young poets today find her poems difficult to understand, and I think that’s perfectly normal, because it’s a perception thing.

My psych professor went on to tell me that there is never anything abnormal about two men having a conversation on the sidewalk.  In fact, it’s a very common thing to happen.  However, seeing a lone man having a conversation with thin air, and no other person present, is often misconstrued as abnormal behavior.   Who is he talking to?  There is no one there?  That’s true.  But it’s not his behavior that is abnormal, it is his perception.   He can see another person there as clearly as you or I might see each other, even though there is truly no one there.  So it would be very normal behavior to have a conversation with that  person.  But it is an abnormal perception to believe a person is there, when in fact he isn’t.

I think that’s an important difference, especially when we try to wrap our minds around an artist’s intentions.   Who was the artist?  What did he see?  What were the things that filled his life?  If you really want to understand a person you need to wear his shoes.

I want to give you a few facts about Emily, and then one her poems.  At the end of the poem I will give you a fairly standard explanation of the poem…..  Are you willing to see how well your perception can match that of an artist of over 130 years ago?

Emily was born to a fairly affluent family.  She had enough money and property to sustain her all of her life.   The act of  managing money, or needing to produce money for survival, is a burden that was never really a problem for her.  When Emily was born most people were farmers who grew their own food and often even made their own clothing, though the Industrial Revolution was well into play during her later years.

As a very young child Emily was well read, and knew the exploits of many famous people before her.  And like the folklore heroes of her day, George Washington and Thomas Jefferson, little Emily took up the study of botany, something that she lived and breathed through out her entire life.  You might be aware of many her poems about nature.  Her garden was her kingdom, and every living creature within her muse.

The early 1800’s was a different time than we know today.  Most young women aspired to become wives and mothers of farmers, just as their mothers before them.  Very few, and only the most oppulent, had the opportunity to go off and study at a learned institution.  Emily left her family home for about 10 years in pursuit of study and sabatical.  She made many dear friends and found much great poetry.

The entire 1800’s found the U.S. to be in somewhat of a puritanical societal situation.  God and religion ruled the earth, and society was ever conscious of that.  You might be familiar with sayings of small communities – “People around here are so nosy that they know what time I get up to go pee at night!”   Well, imagine the world in 1850!  When you were expected by the community to be in your pew at church on Sunday morning and to live your life in the most holy manner possible.  God and religion was an extremely important part of society during the 1800’s.  Another poet of her time, and possibly the father of free verse, Walt Whitmann, incorporated the cadence of the bible into his own poetry.

Emily was always a very plain woman.  Not vivacious, not particular pretty.  Many people would say just plain.  Her poetry was not accepted during her lifetime.  Only a handful of her poems were published while she was alive and those were edited so heavily by the publishers that you would never have recognized them as belonging to Emily.   On at least one occasion another artist who was encouraging young poets to express themselves had become persona non gratis with Emily after she had sent several poems to him and he refused to send back any type of critique at all.  The standard poetical practice of the day was to follow form and style as it evolved from the previous century, from the likes of Tennyson and Shelley.  Many publishers and editors refused Emily because she did not follow the restraints of those styles.  But several artists began to break that mold with transcendentalism and realism, like Whitmann did.  A poetic revolution was on the way, and Emily’s reclusive ways prohibited her from riding on it’s bandagon until after her death.  She always resented other artists attempts to try and define what poetry is, and so do I.

Now for one of emily’s poems, which at first glance might seem to be pure poppycock.  Read the poem.  Let your feelings ride over its edges and soak into you.  Try to think of what she was trying to say, given what you know about her life.  Then read a very standard and fairly accepted understanding of what Emily was saying in this poem.  I think you might then see the difference between an artist’s intentions (her behavior) and your perception…..

“Houses”—so the Wise Men tell me

“Many Mansions,” by “his Father,”
I don’t know him; snugly built!
Could the Children find the way there—
Some, would even trudge tonight!

It is often believed that Emily’s use of the word “Houses” and “Mansions” here referred to the gifts God bestows upon us when we go to Heaven.  An old parable told by the disciples is that we prepare our own mansions in Heaven while we are on earth.  Although this reference is completely out of our own realm of basic understanding, to the samll community in 1850 this would have been a very basic building block of faith and understanding.   The word “Father” refers to God – “I don’t know him”, Emily says.  Who does?  Children, of course, in their innocence.  They are far more worthy of grace than those of us who have lived long enough to sin.  And some of them might even go there tonight.

Emily lost many of her family members and friends to death early on.  She soon became fixated on it.  Not out of a need for shock value, as many artists tend to do today (Frankly, I’m shocked out.) but because it affected her deeply.  If she didn’t suffer from physical depression then she at least certainly suffered from mental depression over it.  And losing children to death in those days was rather common too.  We don’t know when Emily wrote most of her poems, because she didn’t catalog all of them.  But it is safe to say that during the time that Emily wrote this poem, or shortly after, Abraham Lincoln lost two of his own young sons to death in the White House.  Enduring the hundreds of thousands who lost their lives during the Civil War, death was just simply a reality in her time, it was something that was accepted.

I think Emily was like a child, in that her heart was so open and so loving.  She saw beauty in the most tender things, and yet also saw the cruelness, and the reality of life.  And she hid from it physically, hiding away in her father’s home.  But she almost always referenced it in her poetry I think because it not only overpowered her life, but devastated it.  And I think most of her poetry wallowed in the presence of the reality of the world’s evil, it’s dissapointments, it darker side that innocence should hide from.  But inside I find one of the most beautiful, loving hearts that possibly ever lived.

Realism is a style of poetry that Emily and a handful of others during that time devised.  Do you know why they call it that?

A new life begins
Tears of the rose are washed away.
And what might the young one say
As these lives fade to gray?

“Every trial endured and weathered in the right spirit makes a soul nobler and stronger than it was before.”

A Cloud or Two Ago

A breath.
Such a simple, simple thing.
Love so sublime,
the simplest kind
that life could ever bring.

A home.
A precious, honored thing.
Legs in knickers,
hearts that flicker
And Mama would sing!

Angels lo, behold this child!
Your heavens have no bounds.
His mark was found in a smile
On the Lord’s earthen grounds.

A breath to live, a breath away.
I’ll give my last for you to stay.
But we shall meet another day
when younger hearts can laugh and play…
And fields of lilies are no longer gray
with our steps still happy and gay.
With that last breath I should pray
that on that day you’ll hear me say 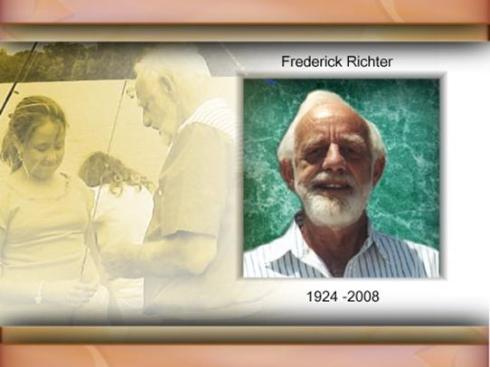